In 2015 the International competition “DRUMSFEST” will be held from 10 to 14 of May.

For four years of carrying out the competition about 600 participants, more than 200 teachers and concertmasters, 115 companies from 19 regions of Russia, Belorussia, Ukraine, Estonia and Kazakhstan have participated. The youngest participant was at the age of 5 and the oldest – 25. There are no analogues for such a large-scale and professional competition for the beginning percussion instruments performers neither in Russia nor in the near and far abroad. The door to the great and exciting world of music and rhythm was opened for a great number of young musicians thanks to their participation in this competition.

The competition if divided into 3 nominations: “Solo on orchestral percussions”, “Ensembles of percussions” and “Solo on a drum kit”. Every nomination will be rated by the competent jury using the individual criteria for each nomination. In fact, only participation in this competition can provide competitors the opportunity to try themselves in different genres and directions, to take part in master classes, share the experience with the contemporaries from the other countries and regions, study under established musicians and famous drummers. The uniqueness of this competition is also in the professional and clearly differentiated approach in rating the participants. By this, the jury takes into consideration not only the age qualification but the period of training (studying). It is stated that the boys’ and girls’ perception of the style and their sound performance on a drum kit are different, so that’s why the competitions of the “Solo on a drum kit” nomination will be carried out considering not only the age and the year of studying but the sex of the contestants.

In nomination “Ensembles of percussions” the genre and the instruments will be taken into consideration. In world practice apart from the classical ensembles the military marching drum ensembles together with the bands where welfare items imitating the drums are widely used have a great popularity and development. In this nomination ensembles are divided into 3 corresponding groups and the jury will take it into consideration. As it often happens, the age of the participants in the ensemble is sometimes varied and it’s difficult to differentiate the age category, especially when the teacher or the invitee professional is taking one of the leading parts. All the details about the age categories are provided. 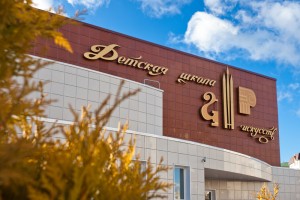 The International competition “DRUMSFEST” is a festival and a holiday for all the drummers. During the competition there will be trade exhibitions of the leading companies producing the percussion instruments. During the last competition the winners of the competition were awarded valuable presents from the representatives of “MAPEX”, “ADAMS”, “MEINL”, “VIC FIRTH” companies. The main sponsors “Arsenal Music” and the “Forte” company awarded the Grand Prix drum kit, concert xylophone and the certificates for instrument purchasing to the sum of 1500 euro. We’re assured that the next competition will not be set aside by our great and longstanding partners.

The high level of the organization and the realization of the last four competitions “DRUMSFEST” were appreciated not only by the judges, sponsors and the festival participants, but the Moscow region Ministry of culture and the administration of the Moscow region. The decision to give to this competition the International status has been already made and the participants of the IV festival know that. As a result of that, at this point the organizational activities are being carried out together with the negotiations with the outstanding foreign musicians and drums teachers who would be able to participate as judges and perform master classes during the festival. Also there are the negotiations carrying out with the leading international operating companies of percussion instruments.

ATTENTION! There are the changes in the Regulation of Competition.

The example of that is the approach to the technique of performing the drumming and grace notes on a Snare drum (one of the main elements used by the famous classical and modern composers in the symphonic music). In the West while performing the drumming and grace notes the “up-down” (or rolls) technique is more frequently used, i.e. fixed number of beats. In Russia, according to Shteiman and Kupinskiy’s school, who were the founders of the professional studying of performing on the percussion instruments in the USSR, the drumming is usually played with the help of the ricochet. You can also mention the differences in the teaching methodology speaking about xylophones and marimba, the fundamental methods of sound performance on kettle-drums etc. 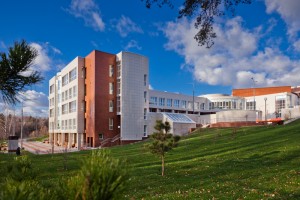 The purpose of this competition, first of all, is to extend the communication of experience between the West and the East, to increase the level of mastery of the beginners, especially the youngest musicians, to acquaint people with the Russian classical school traditions and the progressive experience of the West musicians and teachers.

One of the most important factors for holding this event is also the process of popularization of percussion instruments art of playing.

It is also important to mention that the competition is held at the Children’s School of Art in Vidnoe city in the Moscow region, just 5 km from the Moscow Ring Road. Built in 2012, it is one of the best modern schools in Russia nowadays. In 2012 the School entered the All-Russian registry of the socially responsible establishments and organizations, and in 2013 – the National registry “The leading culture establishments of Russia”.

In April 2014, being a part of the Second All-Russians educational forum “The School of the future” carried out in St. Petersburg, the School became the laureate of the competition “100 best schools of Russia” in the nomination “Best School of Art” and got the diploma of the organizing committee and the gold medal “100 best schools of Russia” and the director of the School became the winner of the nomination “The Director of the year 2014”. The School participates in All-Russians competition “50 best children’s schools of Art” from the Moscow region, established by the Ministry of culture of the Russian Federation.

We’re waiting for you at the International competition “DRUMSFEST” in May 2015! Follow the latest news on our website.